RUSH: Do you remember the book by Omarosa Manigault-Stallworth? Remember that "bombshell book," how that was gonna bring down the Trump administration? Remember that book? And then whatever happened...? Remember the New York Times or Washington Post (I forget which) published an op-ed from "Anonymous" that basically said, "Look, there are some adults in here, and we're doing everything we can to make sure this guy Trump doesn't go off and ruin things. Count on us! We can't tell you who we are." 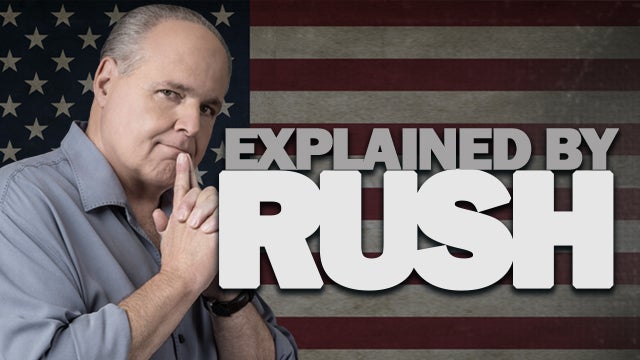 Avenatti and Stormy Daniels and their thing was gonna take down Trump, and Avenatti was gonna be the Democrat primary nominee for president. Now he's in court on charges of defrauding clients and Nike. Not to mention books by Bob Woodward, Laurence Tribe. There have been how many anti-Trump books that have been "bombshells" that were going to destroy Trump? Now, I want to go back to Friday. Trump was the first sitting president to appear at the March for Life rally, and there's a point to be made about this as it relates to the impeachment trial and the ongoing shenanigans. 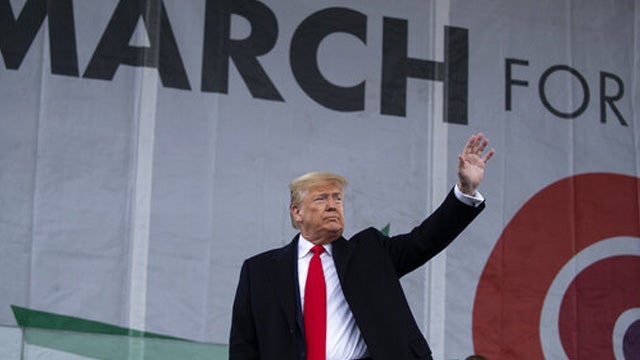 The Democrats are constantly on offense here and attempting to get the Republicans to slit their own throats. "You gotta call witnesses! You can't do this without calling witness. You must! In the Senate, you must do your own investigation." Meanwhile, the House, as you know, didn't call any of the witnesses they're now demanding -- and the Republicans had held firm, and over the weekend it didn't look... I mean, you ought to see the Drive-By Media stories out there before this Bolton leak happened.

There's a piece from Mike Allen at Axios. You've got people on F. Chuck Todd's show, on Meet the Press lamenting (sobbing), "Nobody cares. It's so horrible! The Senate gallery's only half full. We can't find anybody in America who cares about it! Oh, my God." They're devoting every ounce of energy they got; they can't get anybody to care about it. The Senate gallery only being half full during the House managers' presentation? I mean, what more do you need to know about how uncompelling the Democrats' whole case and their allegations are.

And yet, despite the president's team holding all the cards, because the House managers' case is one lie after another, and it was decimated in two hours on Saturday morning by Trump's team. So the Republicans -- Ted Cruz is right -- they need to go on offense and whenever these Democrats start whining and moaning about witnesses or this other that just tell 'em to go pound sand. Now, what does this have to do with the March for Life rally? Well, I'll tell you what it has to do with it.

Donald Trump's the first sitting president to ever attend one. A lot of presidents appeared by video. They appeared on a video screen. A lot of presidents sent videos. But no sitting Republican president (certainly Democrat) ever actually attended it. Trump did on Friday. What happened to him? Not a thing. In fact, his stature rose, and he cemented that voting bloc even more firmly than it was already with him. But the point is, the bottom didn't fall out.

A Republican president actively participated in a pro-life rally, which had never been done before, the biggest one -- in Washington -- of the year. Now, normally Republicans think doing that kind of thing is going to kill them politically. It's gonna destroy them. (sniveling) "Oh, my God, it's provocative. It's unnecessary," blah, blah, blah, blah. All Trump did was benefit. But there's something else Trump did -- and he's been doing this his entire presidency.

This whole business of calling witnesses, all these weak Republicans who think they want to call witnesses, it's in response to Democrat demands. It's not because they actually think it's necessary. It's not because they actually want to. They think they've gotta do it because the media's demanding it and because the Democrats are demanding it. And if they don't follow through, they're worried that the American people are gonna see 'em as a bunch of -- you know -- racist, sexist, bigot, homophobes, whatever the cliches are.

Trump is demonstrating that you don't have to go them the time of day, particularly when you hold the cards. The Democrats cannot get a conviction of Trump here, and the purpose for witnesses is not to get a conviction. It's to sully and dirty the Republican Party at large and President Trump in particular. There is no reason to kowtow to this, and even after the Bolton thing comes out there's no reason to waver. There's no, "Oh, my God. I guess we do need witnesses." No, you don't. You do not need to change from your instinct.

You don't need witnesses. They don't have a case, and the Bolton leak can't even be confirmed. It is a tweet from a New York Times reporter, and the New York Times in this area is widely more known for making it up and lying through their teeth about things. Throughout this entire Trump presidency when it's come to any story that has to do with maybe getting rid of Trump or overturning the election results, the New York Times, the Washington Post, the mainstream media -- and there's no embarrassment.

These people have been wrong on every assertion. They published lies under the guise of leaks from intelligence community people, former government officials, former defense department officials. They ran the gamut, and not a single one of them was true. The Steele dossier, which was responsible for all of that? None of it was true! Trump has not committed a crime. He hasn't even committed a thought crime because there's no such thing as a thought crime, but they're trying to impeach him on the basis of that.

He can fire any ambassador he wants, and it isn't a "plot." It isn't a crime. It isn't an impeachable offense. The president, whoever he is, runs American foreign policy. If he doesn't like an ambassador... Who do you think appoints the ambassadors? She's a holdover from the Obama years! I think Trump's going out of his way trying to be gracious here, not firing -- in summary -- a bunch of political appointees like Obama did. Obama fired every U.S. attorney when he took office. George W. Bush didn't. He waited a couple years; then all hell descended on him when it happened.

But there's no "plot" to remove the ambassador!

They're trying to make it look like there's some sinister, criminal behavior in firing an ambassador. But that is an indication of how all of this is being treated. The bottom line is, you can't find a more partisan -- apparently, supposedly partisan -- and volatile issue than abortion, right? "Abortion? No, Rush! You're not supposed to bring. Don't talk about it, Rush. Don't talk about religion. Don't talk about it. Nothing to be gained, Rush." Trump is the first sitting president to attend a pro-life rally. His approval numbers are at an all-time high, not only after that, but in the midst of this impeachment fiasco. 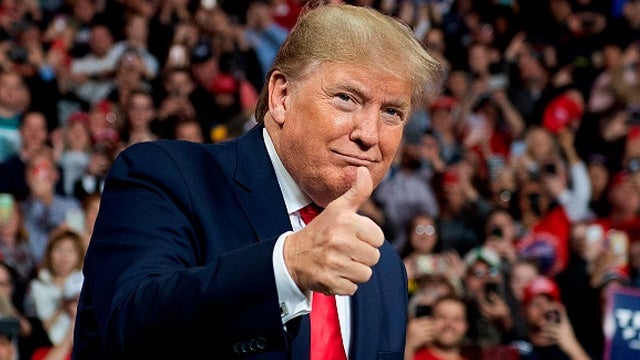 You might say, "Well, Rush, Trump hasn't died, but look at what they say about him. My God. He can't be treated fairly. It's gotta be a hellacious existence. They lie about him all the time." Yeah, and there's nothing he can do to stop it. This has been my point since I've been doing this program. There's nothing you can do to change what they are gonna say about us -- and you certainly can't do it by convincing them that we're not what they think we are, because they know that we're not what they think...

Well, I take it back. Kathryn and I watched Bombshell over the weekend. Pfft. Folks, whatever you do, don't watch it. If I say this, it's just gonna get people intrigued and want to watch, and it is an absolute... It barely rises to high school-level quality of production. The only reason to watch that stupid-ass movie is to find out every cliche they think about you and me. By the way, in this movie, everybody who works at Fox News hates it. Everybody that works there -- everybody -- has to hide who they are. You know there are a lot of lesbians at Fox News! Did you know that?

They have to hide it! They can't put pictures of their partners on their desktops because otherwise management might see it and fire 'em. But everybody hates Fox News. My point is this. You do not die politically when you take on the Democrats and the media, and Trump has shown. It he is triumphing. Yeah, they hate him. This is exactly why! Yeah, they say mean things about him -- and I'm sure Mitt Romney doesn't want mean things said about him as he's making himself available to be temporary president every day.

"Hi, I'm Mitt Romney. I think we ought to call witnesses. By the way, do you want me to be president? I'll be happy to do it. Just put me in there right now. Do whatever you want." That's what Romney's gaming for. It's time to stand up to this! I don't care Bolton leak, Bolton book, whoever. Tell 'em, "No witnesses! We're gonna present the rest of our case, we're gonna make our case, we're gonna decimate their case, and we're gonna get out of here," because all of this is a bogus waste of time. And again, I ask, is our government doing anything about this virus that has come from the communist haven of China?

It doesn't appear so.